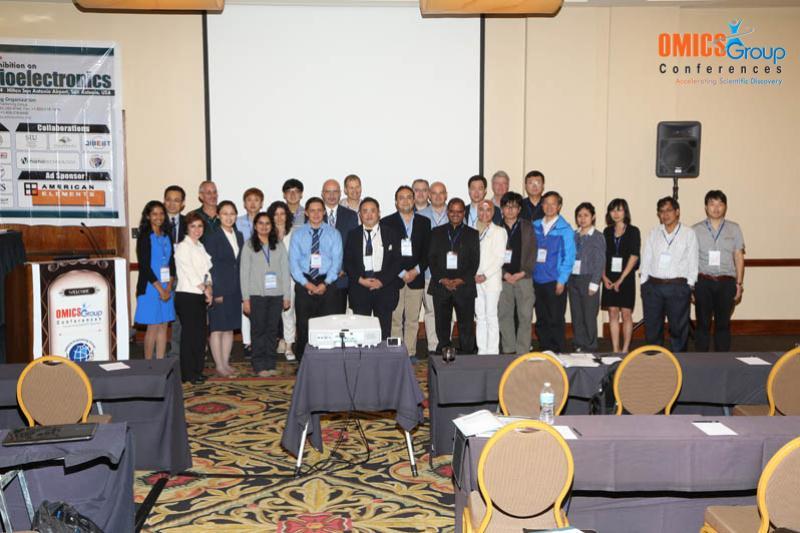 “This conference was about the implementation and study of different types of biosensors. An example of a biosensor is a blood glucose measuring device,” Aldin said.

“Biosensors have many different other implications such as measuring for bacterial infections, which was my project, and detecting viruses.”

The conference also focused on bioelectronics, which is developing different technology that can be used in combination with biosensors such as devices that can separate blood plasma from hemoglobin, Aldin said.

“The main point of the conference was to bring experts, from around the world, in this field together to present their findings and socialize,” Aldin said.

While at the conference, Aldin presented the research he had worked on with his mentor, Jeffrey LaBelle assistant professor in the School of Biological and Health Systems Engineering.

His research topic was “The development of an oligonucleotide, label-free electrochemical impedance based point-of-care technology.”

Aldin’s presentation was about developing a new method of bacterial detection that is extremely accurate. He presented his findings and the reasoning behind why he did the research.

“I wanted to present at this conference because I have been working on my research for the past few years and I wanted to see what else exists in the world of biosensors,” Aldin said.

“My mentor gave me the push I needed to present.”

When asked what the best part of the conference was, Aldin said that it was when his presentation ended.

Aldin discovered when he arrived at the conference that he was given much less time than he expected to present – only five minutes to present and five minutes to answer questions. He spent the night before his presentation shortening his talk.

“During my presentation, I must have had the highest levels of cortisol in the room,” Aldin said.

“I was so worried about the types of questions that I might get from the crowd. However, all the questions they had I was able to answer.”

During the conference, he kept reminding himself that he didn’t need to be nervous. His mentors had encouraged him to remember that no attendees wanted to attack him with questions and there was a limited amount of time available for questions.

An exciting moment of the conference was when Aldin learn that undergraduate presenters were rare at this conference and his talk was unusual as a result.

“This was an international conference and many of the professors came from around the world or big Ivy League schools,” Aldin said.

“I was an undergraduate student from ASU. Go Devils!”

As a result of attending this conference, Aldin has developed a much deeper love for research, he said.

“I can see the drive that push other people to want to further technology,” Aldin said.

“It has sparked an even bigger interest in me continuing to do research because what I am doing was different from anything anyone else had presented.”

Students considering presenting at conferences should prepare as much as possible before hand by creating an interesting PowerPoint, practicing their presentations, and give an engaging presentation, Aldin said.

“The people who are at the conference are not there to say your research is wrong. They are genuinely interested in what you have to say,” Aldin said.

“Have fun because it is a great experience.”